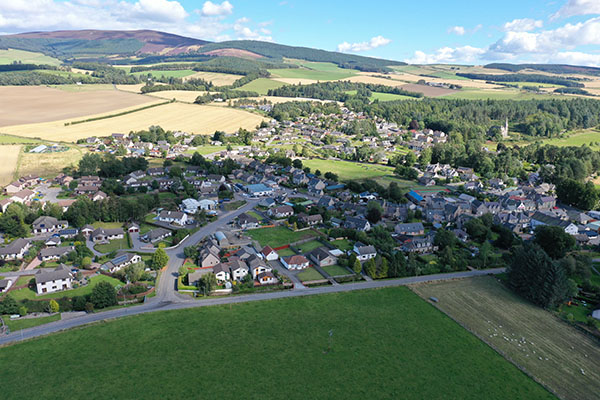 The Town is pursuing a Sister Cities relationship with Tarland, Scotland – the home of renowned Scottish fiddler, Paul Anderson.  Paul and his wife, Shona, a traditional Scottish singer, have headlined three concerts in Stanardsville over the past six years, and with their two boys initiated an educational exchange with Greene County elementary students by appearing at school assemblies in 2017 and offering gifts from Tarland schools.

A local couple visited Tarland some years ago, where they met Paul Anderson, who travels to Virginia every other year to perform in Celtic Christmas concerts.  Both recognized the many similarities between the two towns and the Sister City idea was born.

The Sister Cities project, known as Twinning in Scotland, has gathered steam in 2020 as efforts are underway in both localities to promote the partnership and solicit community input.